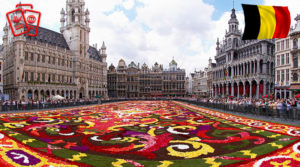 Travel from your home city to Brussels, Belgium. Arrive the next day. Take time to check in to the hotel and relax. We’ll start with a Tour Orientation to meet the group and learn more details of the tour. Afterward, we’ll enjoy a Welcome Dinner at a select restaurant in Brussels chosen by our tour leaders featuring traditional Belgian cuisine. Meals: D 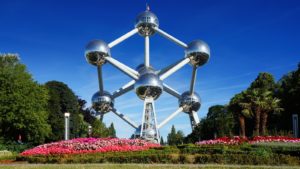 We’ll start the day with a route by private coach to see the most iconic sites of Brussels outside the historical city center: The Atomium, the Royal Palace of Laeken (residence of the Belgian monarchy), the Japanese Tower, Chinese Pavilion and Cinquantenaire Park (a vast set of gardens dotted with monuments, museums and arches built in 1880 to commemorate the independence of Belgium). After lunch, we’ll take a walking tour of the historical center: The Grand Place (the central square of Brussels considered to be one of the most beautiful medieval squares in Europe) the iconic ‘Manneken Pis’ statue, La Bourse (Brussels’ 1873 neoclassical stock exchange building) as well as St. Catherine’s Place (Brussels’ trendy neighborhood with markets, cafes and boutiques). Stops will be made along the way for authentic Belgian fries and chocolate. The evening will be at leisure. Meals: B, L 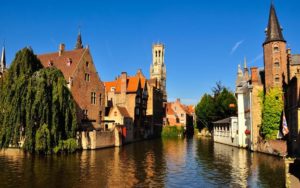 We’ll depart Brussels and head to Bruges, Belgium’s most enchanting medieval city. Bruges has an expansive network of canals with overhanging willow trees, medieval buildings, lush gardens just above the waterline, old bridges over the canals and beautiful parks. Visiting Bruges is like being in a fairytale. After lunch, we’ll walk the heart of the city and explore Grote Markt, Minnewater Lake, the Beguinage (a 13th century women’s enclave) and Walplein Square. We’ll take in the best of Bruges today and end the afternoon with a visit to a Belgian brewery. The evening will be at leisure. Meals: B, L 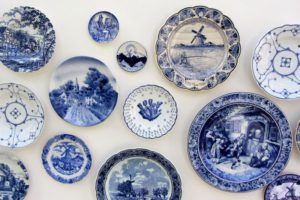 We will leave Belgium and arrive in Delft, Holland, know for its world-famous blue pottery. Delft Blue Pottery has been produced since the 17th century. From 1600 to 1800, this earthenware was popular among wealthy families. At its peak, there were 33 factories in Delft. The only one remaining today is Royal Delft. With a private tour at the factory, we’ll learn about the history and production process of delftware. The afternoon will be free for discovering this charming city on your own or to relax at the hotel. In the evening, we’ll gather for dinner at a select restaurant to explore Dutch cuisine. Meals: B, D 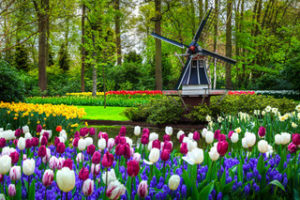 Today, we’ll drive to Keukenhof Gardens where 7 million bulbs bloom during spring. Our visit is during the height of the seasonal bloom. Besides 80 acres of flowers, we’ll also enjoy the spectacular flower shows, unique artwork and flower projects at Keukenhof. After our visit, we’ll travel to Amsterdam along a route of commercial flower fields as far as the eye can see. Get your camera out! Once in Amsterdam, the evening will be at leisure. Meals: B, L 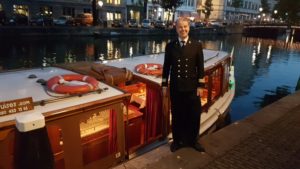 We’ll explore the ‘real Amsterdam’ on foot with a local guide. Amsterdam is the capital of the Netherlands and one of the most popular tourist destinations in Europe. The city is well known for its elaborate canal system and the architecture of iconic, narrow houses. We’ll wander the sidewalks and explore Dam Square, Royal Palace, New Church, Begijnhof, the Floating Flower Market and the many charming canal views. During the tour, we’ll stop at the local fish seller to try traditional Dutch fish. The afternoon will be free to discover more of Amsterdam or relax during free time. In the evening, we’ll take a private seated dinner cruise to see Amsterdam at night.
Meals: B, L 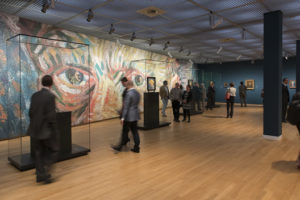 We’ll start the day with a guided tour at the Van Gough Museum. This tour will highlight the major works of Van Gough’s artwork housed in the museum. In the afternoon, we’ll drive to Zaanse Schans in the Dutch countryside outside Amsterdam where we’ll bike to see historic windmills and distinctive wooden village houses dating back to the 18th century. The 5-mile bike route on flat terrain will take us past handicraft workshops, windmills, museums, bakeries, warehouses and restaurants where we’ll stop and discover traditional Dutch history and culture. (For those that do not want to bike, walking part of the bike route is an alternative.) In the late afternoon, we’ll return to Amsterdam where the evening will be at leisure. Meals: B, L

In the morning, we will take a tour of the Anne Frank House, the writer’s home and now biographical museum dedicated to Jewish wartime diarist, Anne Frank. We’ll tour the Main House and the Annex, where eight people hid on the top floors. After a sobering morning, we’ll head out of Amsterdam to Geithoorn Village. Geithoorn is a unique car-free village of canals, old farms and charming houses in a beautiful and tranquil atmosphere. We’ll take small electric boats to navigate ourselves along the narrow canals in this serene village. Afterward, we’ll visit a family-owned cheese farm where we’ll meet the farmer in his field and see the full production process. This will be a true, non-commercial experience with tastings of authentic Dutch cheeses. Upon return to Amsterdam, the evening will be at leisure. Meals: B,L 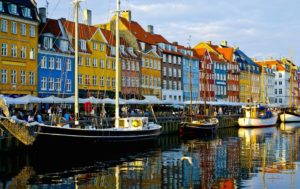 Today, we’ll fly to Copenhagen. After settling in, we’ll walk to Nyhaven, Copenhagen’s 17th century waterfront/harbor lined with brightly colored townhouses, bars, restaurants and shops. Like many ports, this area has a salty history, rich with sailors, drinking and literary exploits. Danish author, Hans Christian Andersen, made his home in Nyhaven. We’ll walk to the delightful King’s Garden with the beautiful Rosenborg Castle, the Round Tower and the iconic Little Mermaid. Meals: B, L 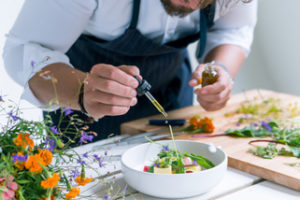 We’ll spend the morning at Christliansborg Palace. The palace is the home to the Danish Parliament, the Supreme Court and the Ministry of State. The palace is also used by the Royal Family for special events. We’ll tour the Royal Representation Rooms, where the Queen receives heads of state, the Knight’s Hall, the Queen’s Tapestries, The Royal Party Kitchen and the Royal Stables. The afternoon will be at leisure. In the evening, we’ll head to a well-known Copenhagen cooking school for a hands-on cooking class. We’ll explore new Nordic and Danish cuisine – a culinary movement that arose with notorious Danish restaurants that put Copenhagen on the map as a leading gastronomic destination. The evening will end in their lovely dining room enjoying the feast we created. Meals: B, D 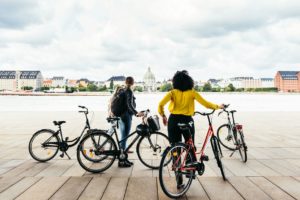 Today, we’ll hop on bikes with a local guide for a private culinary tour of hidden spots in Copenhagen. We’ll explore off-the-beaten-path culinary gems in Christianhaven, Freetown Christiana and Refshaleøen at five unique locations that serve food prepared by people with a lot of passion and love for what they do. In the evening, we’ll head to Tivoli Gardens, a must-see for all visitors young and old. Founded in 1843, it is a national treasure. Fairytale writer Hans Christian Anderson visited many times as did Walt Disney who found inspiration for his own Disney World. There is something here for everyone: lush gardens with thousands of colored lights, exotic architecture, historic buildings and nostalgic rides. Meals: B, L 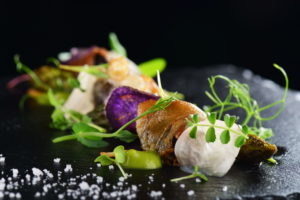 Today will be a free day to relax, shop or visit more of Copenhagen’s sites on your own. In the evening, we’ll enjoy a Farewell Dinner at a Michelin star restaurant featuring new Nordic cuisine. It will surely be a memorable end to our exploration of three beautiful countries in springtime! Meals: B, D

Today, we will be transferred to the airport for the flight home from Copenhagen.

Sign up for our email list to be notified about promotions, our latest news and upcoming trips.

This photo is Sicily, at its core. At every turn, the people draw you into their world and their … END_OF_DOCUMENT_TOKEN_TO_BE_REPLACED